Open  Sessions and Team placement will occur in July and early Fall.  Please consider attending our Academy Summer Camp for exposure to the program and initial evaluations.

Welcome to South Lakes Soccer Club and our

The SLSC Cosmos Jr. Academy is designed for all young players that are interested in playing soccer at a higher level than Recreational soccer.  This program is open to players in the U7-U8 age groups.  The Academy will allow players to be exposed to practice and play with children of like ability.  This program will also help to bridge the gap from recreational to competitive soccer.  The Jr. Academy focuses on the development of each player.  This is primarily done through focusing on technical skills, fast footwork, and overall ball mastery.  The amount of time players spend individually with a ball has a direct impact on these areas.

They are also introduced to things like speed and agility, as well as proper warm-up and cool down techniques.  Developing athleticism and proper habits for taking care of their body will assist them in having a long and healthy experience with soccer.

Skill development is the highest priority while making sure players are having fun and developing a passion for the game.  Our focus will be on long term development rather than tomorrow’s victories.  The win at all cost mentality is not a part of this program.  Players will be shown how to play soccer, learn to think on their own, and make decisions, while migrating away from the “kick and run” mentality.  Activities will also be “age appropriate” which is critical in the developmental process.

This opportunity will also allow players to be exposed to a professional coaching staff who are licensed, have played the game, and can “paint the picture” by demonstrating good technique.  This is very important.  Young players learn best when they can see the proper execution of skills while they master them.

Teams will play in house with South Lakes Soccer Club and compete in some friendly matches with other clubs. Teams will also attend tournaments.  Prior to each Jr. Academy season the academy staff will discuss match-ups and put together a schedule that challenges each team and each age group.  Your game schedule will be made available as soon as it becomes available.  The schedule is also subject to change, based on match-ups changing or the availability of the other coach or team.  We will do our best to provide as much notice as possible when it comes to games and the schedule.

Teams will play 4v4 without Goalkeepers.  Teams will be formed based on the current ability of the players. Players and their abilities change often in these age groups and players will be moved accordingly.  These decisions are solely up to the coaching staff and are made at any time during the Jr. Academy year.

The Program will look to form 3-4 teams in each age group per gender.  Players may be moved from team to team at any time during the course of the year.  These decisions are based completely on the player and their current abilities.  Players are in constant competition with each other and also those that choose to enroll in our program from other academy programs or from the recreational program.

Training sessions for all players will be conducted twice per week.  All sessions will be held at the competitive/academy practice complex on the days specified by the coaches for that particular age group.   You will be notified of the practice days/times as soon as the information becomes available.  During the winter months teams will typically train only one day per week and play futsal/indoor soccer.

Unique situations may allow players to play Jr. Academy and remain on their recreational teams.  These rare situations will require approval from the DOC and all coaches involved must be aware of the intent of the player’s decision to play both.  (Recreational and Jr. Academy coach included)  We would encourage players not to do both as conflicts will arise with training and game schedules.  Players that participate in both programs will be required to register for both programs.   Both the Recreational and Academy team must be at SLSC.

You can also choose to make a full or partial payment for the year in one of 3 ways.  (Training fee payments are made on the schedule below and are not necessarily made during months training occurs.  Training is August - May.  Training fees are non-refundable.

Training Fee Schedule:  Your first training fee will be due on August 1st.  All training fees will be paid by check to SLSC Competitive or paid online.  You may choose to pay partial or full payment up front.  The fees are due on the 1st of each month and a late fee of $10 will be assessed after the 5th of each month.  Non-payment can result in suspension of the player from participation with the team.  Checks should be mailed to the following address:

Players that join after the Fall season each year will make the following commitment financially:

Players will be allowed to register for the spring season even if they played recreational soccer during the fall season.

Below is a breakdown of reimbursable coach’s expenses for out of the Metro area tournaments.  Mileage is calculated at the current IRS rate of 58 cents per mile.

League matches outside of the metro area coaches will be given a flat rate for travel reimbursement.  The amount will be per day/per trip and will not apply to local matches within the metro.

Every effort will be made to place players in the Jr. Academy program that are interested.  However, depending on the number of players interested teams may or may not form. 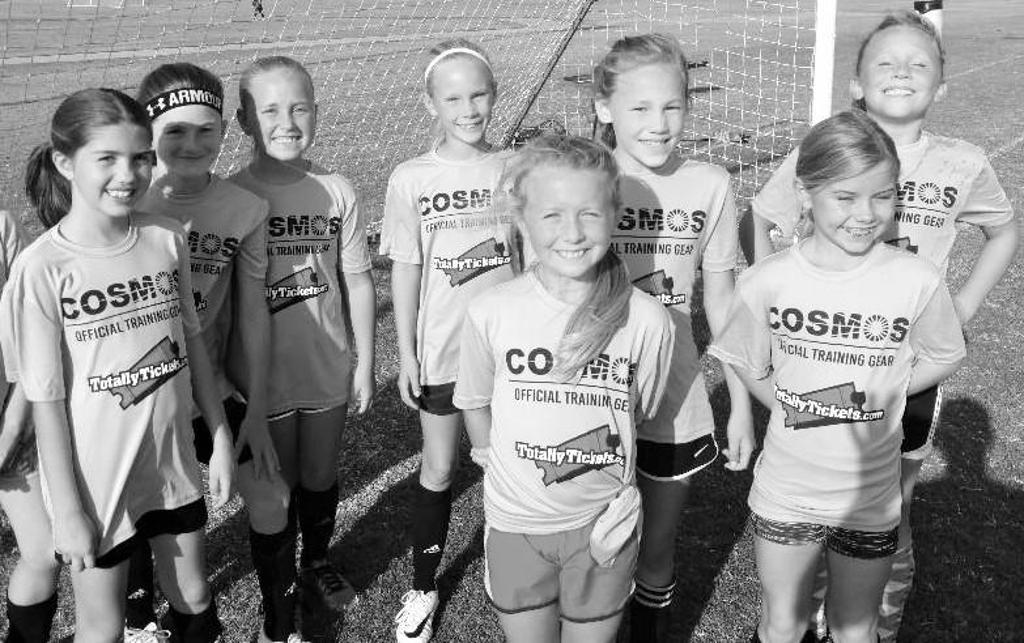